Mark Copoulos is the founder of the Law Office of Mark D. Copoulos in 2012.  Copoulos founded his office during the Occupy Wall Street Movement after spending several months with a personal injury firm that was clearly out of touch with the clients they represented.  He understood there was a market for a practical, business oriented lawyer who could resolve the clients legal problem at a price people could actually afford.  Instead of charging inflated hourly rates he would provide flat-rates that created win-win situations for everyone involved. 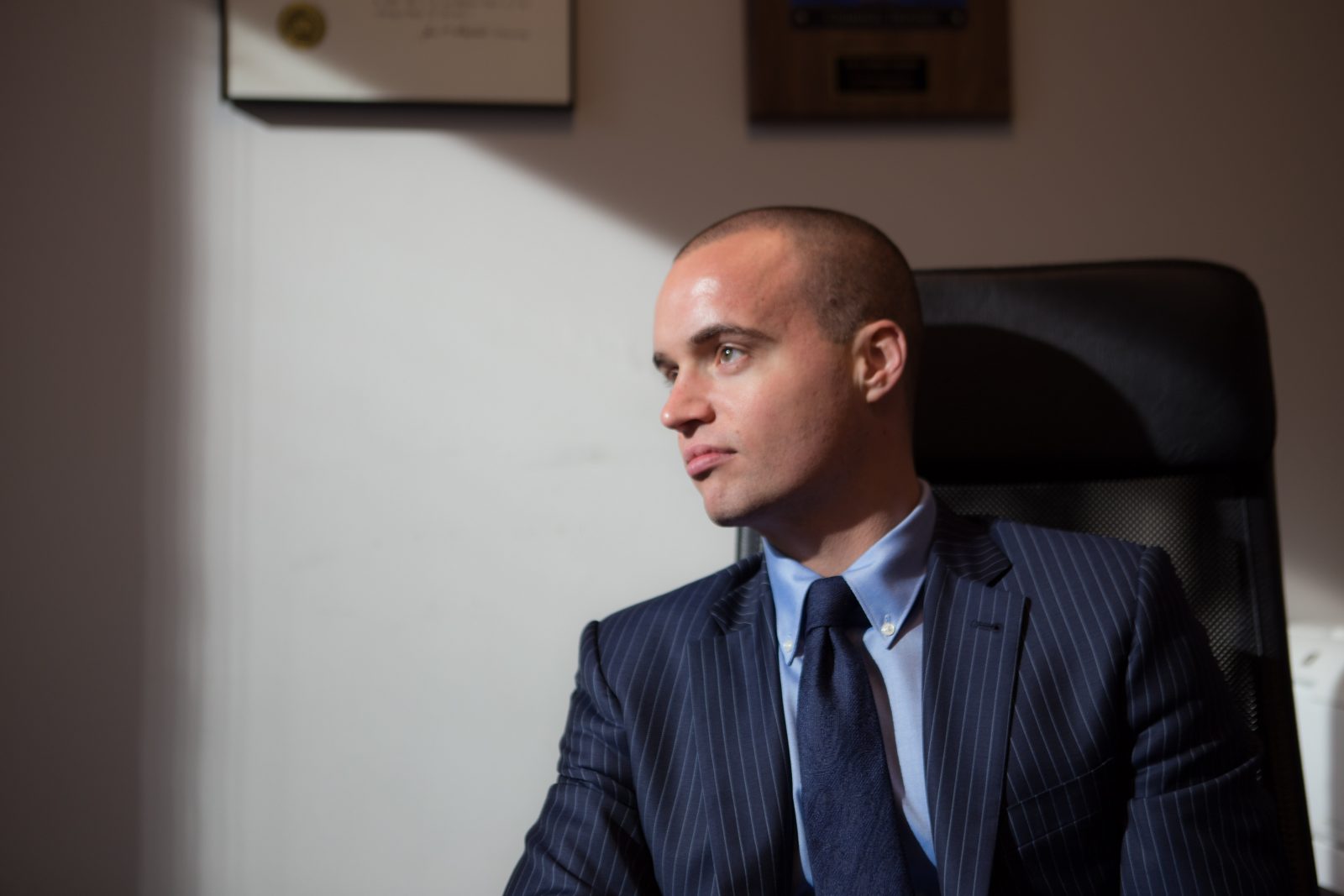 Since 2012, Copoulos has been trying cases with uncommon success in Philadelphia municipal court, landlord-tenant court, small claims court, court of common pleas and surrounding areas.  He points with pride to nearly one hundred five star reviews he has received across various social media platforms.  These reviews are indicative of Copoulos’ ability to connect with the people he represents, and his total commitment to successful resolution of your legal problem.

Copoulos began his practice in criminal defense, representing hundreds if not thousands of individuals charged with crimes ranging from Driving Under the Influence to Attempted Murder.  As his practice grew he increasingly began to focus on property matters such as landlord-tenant evictions, sheriff sales, and real estate transactions.  Slowly this practice began to develop into even more substantive and intensive litigation including significant civil defense matters and even some personal injury cases.  Today Copoulos handles a wide variety of cases ranging from DUIs to evictions and civil defense.  If he has not personally handled cases like yours he may bring in counsel or point you in the direction of a lawyer who can assist you in your legal matter.  Copoulos only refers cases to attorneys with a similar ethos of total commitment, excellent service at reasonable prices.

Since college Copoulos’ work ethic has been unparalleled.  He points with pride to his early teenage years where he washed floors at U-Haul.  At age sixteen he worked at a tuxedo store. In college he served tacos and worked as a desk assistant.  His voracious desire for work impelled Copoulos to a standout period at the University of Arizona, becoming student body senator, mock trial treasurer and regularly making Dean’s List.  Copoulos won the election for student body senator by standing for hours on the lawn of the campus talking to students about problems that could be addressed with student government.

While in law school at Villanova, Mark Copoulos continued to demonstrate his voracious capacity for work, serving the moot court board, national trial competition team, and regularly taking courses above and beyond the required curriculum.  In addition to his commitment to his academic studies, from a young age Copoulos has maintained a commitment to physical excellence spending many hours per week running, lifting weights, and training his body.  While in law school Copoulos interned for Judge Shelly Robins New, Arnold New, and the Office of the District Attorney of Philadelphia.  Copoulos then passed the Pennsylvania and New Jersey Bar exams on his first attempt.  Following passage of the bar Copoulos worked for a small, boutique personal injury firm.  The firm provided Copoulos with insights into the profession on how the changing social environment created a need for a different generation of legal counsel.  His office is located at Eight Penn Center, 1628 John F. Kennedy Blvd., Suite 1301, Philadelphia, PA 19103.  His website devoted primarily to real estate matters and his ever evolving practice can be viewed here.

What Does Winning Mean To You?

One of the first questions Mark Copoulos asks his clients is, “What does winning mean to you?”  Winning means different things to different people, in different situations.  For some winning is getting out of prison, for others it is vindication in court, for a landlord winning may be obtaining an expensive money judgment against a delinquent tenant.  Whatever your definition of winning, there is no substitute for winning.

We focus relentlessly on winning your case based on your stated definition.  We are simultaneously committed to keeping costs down and charging reasonable prices for services rendered.  There will be no mark-ups at the Law Office of Mark D. Copoulos.  At the end of the attorney-client relationship if we have not won your case we have not done our job.  It is that simple.

Schedule a consultation.  Give us a call.  Before you pick up the phone understand winning means different things at different times to different people.  Be ready to answer that critical question: “What does winning mean to you?”