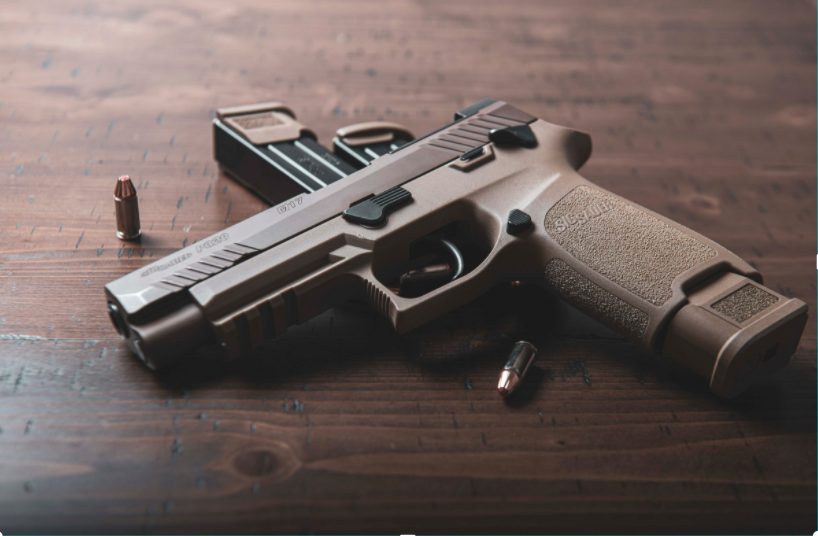 A defendant may be eligible to dismiss firearm charges at a preliminary hearing.  For example, if the government is not ready to proceed firearms charges may be dismissed for lack of prosecution after several court dates.  Additionally, the defendant may successfully dismiss firearms charges at a preliminary hearing where the government relies on hearsay.  Mark Copoulos points with pride to the case of Commonwealth v. M.W., a case he litigated in court last week, that resulted in dismissal of 18 Pa. C.S. 6106 and 18 Pa. C.S. 6108 firearm possession charges because the government relied on hearsay to prosecute their preliminary hearing.  The Court refused to allow the admission of the hearsay evidence, and the government was unable to prove their case with the witnesses called.  Therefore, the entire case was dismissed.

In Philadelphia, the government rarely collects DNA or fingerprint evidence to corroborate firearms charges.  In such cases the defendant may have a strong case for dismissal where the gun is not found on his person.  In many other cases, the firearm is recovered and preserved for DNA analysis.  The DNA results are inconclusive or the Defendant’s DNA is not found on the firearm.  In such cases the Defendant may argue the forensic evidence supports his acquittal.  Therefore, lack of direct evidence may increase the likelihood of dismissing gun charges brought against a criminal defendant.

Our firm points with pride to successful litigation of a motion to suppress to dismiss firearms charges.  In Commonwealth v. C.O., the defendant was stopped for a tinted windows violation.  The police officer asked the defendant for his license and registration.  When the defendant failed to produce his registration, the police took the keys of the vehicle and opened the glove compartment where they located a firearm.  Defendant was charged with 18 Pa.C.S. 6106 and 18 Pa. C.S. 6108.  In court, Copoulos litigated a motion to suppress, arguing the search of defendant’s glove compartment was illegal without probable cause of criminal activity.  The Court agreed and the motion was granted.  The government then nolle prossed the case against C.O.

In a separate case, Copoulos pointed with pride to Commonwealth v. N.S..  In that case the Defendant was pursued by Philadelphia police officers down a dark alleyway.  Defendant was not engaged in criminal activity when the officers gave chase.  Police located a firearm in the alleyway and charged N.S. with possession of the gun.  A motion to suppress was litigated by our firm and granted because the police did not have a legal basis to chase N.S. down the alleyway.  N.S, was not engaged in criminal activity and there were no specific, articulable facts to substantiate detaining the defendant.  Therefore, the stop of N.S. was illegal and the firearm was fruit of the poisonous tree under the Fourth Amendment of the Constitution and Pennsylvania search and seizure jurisprudence.  The case was ultimately withdrawn by the Office of the District Attorney.

If you have been charged with Possession of a Firearm, or Carrying Firearms on Public Streets, contact our experienced Philadelphia Criminal Defense Attorneys for a free consultation.  If you retain an aggressive private criminal defense attorney he may argue to have you case dismissed at preliminary hearing, through a suppression motion, or arguing construction possession cannot be established at trial.  For a free consultation or to speak with our office contact Mark D.  Copoulos at 267-535-776 for a free consultation of your legal matter.

Petitions for Return of Property After Beating Philadelphia Firearms Charges

In virtually all criminal cases, the police seize the firearm incident to arrest of defendant.  If the defendant is found not guilty or the case is dismissed, he is eligible to file a petition of return of property and have his firearm returned.  While in Philadelphia many of these firearms go missing, it is important to file the petition to maximize the chances of recovering your lost property.  For more information visit our blog about filing a petition for return of property.